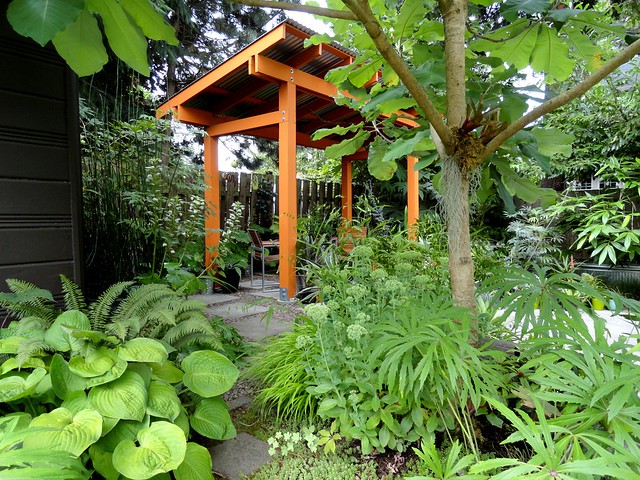 I am a proud practitioner of the “crammit” style of gardening, bare ground = room for another plant. This is a collector’s garden with little attention paid to what style- purists might think. The hardscape helps to control the chaos, however in the words of Amy Stewart, my garden is just the place where I put my plants - meaning design principles lose out to plant lust every time. 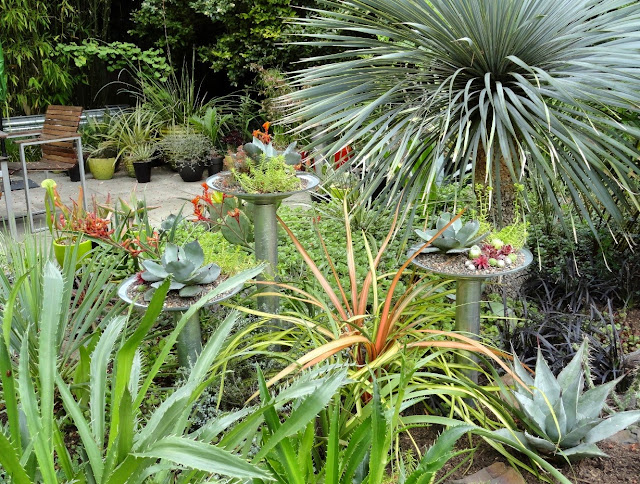 Little remains of the garden we inherited, which was primarily lawn with narrow planting beds. The front garden you see today dates to 2011 when I was forced to start over after losing the structural plantings (phormium and cordylines) in back-to- back horrible winters. This part of the garden is designed to require minimal water and maintenance, while summer brings more color, it’s meant to largely be the same no matter the season. 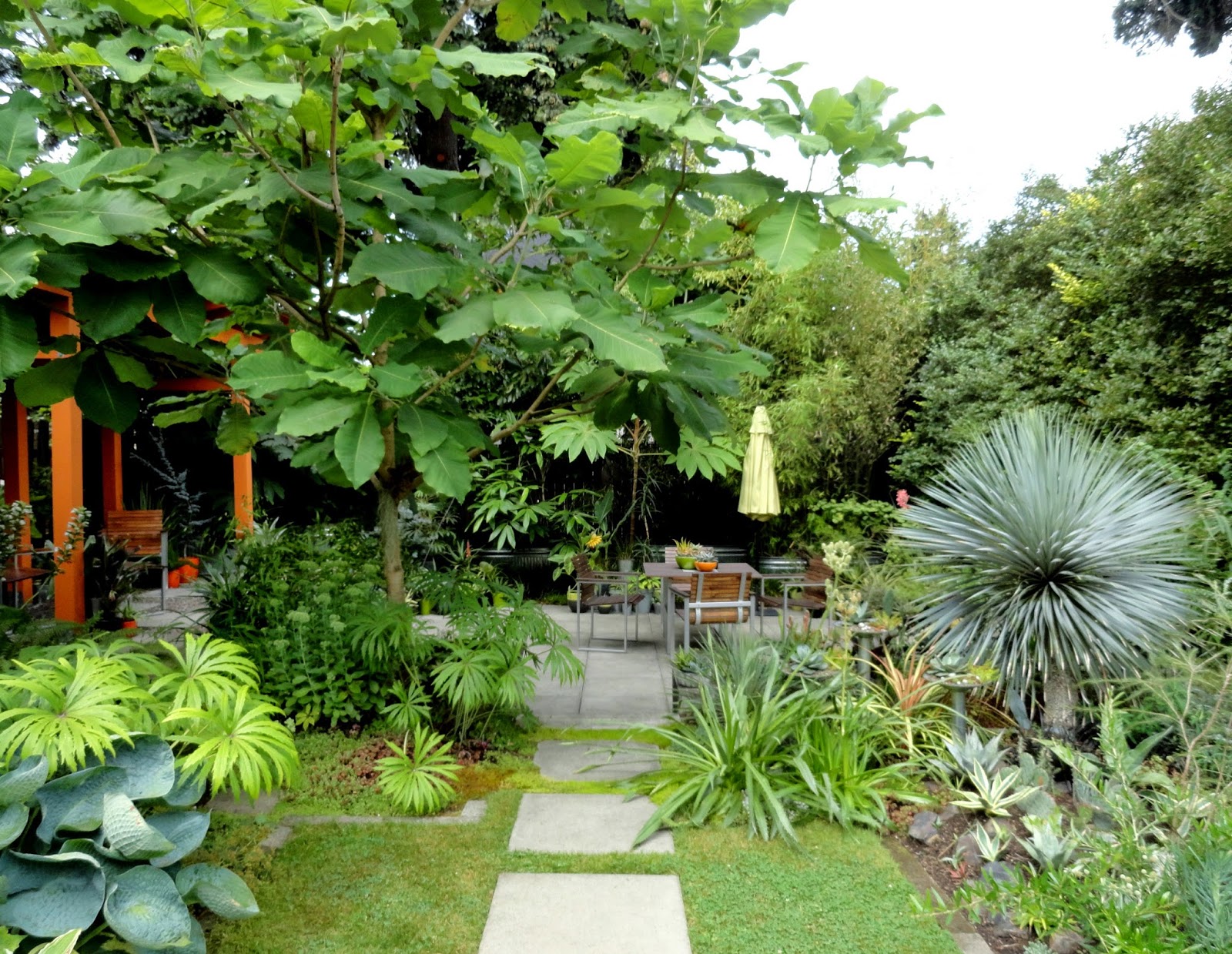 Work in the back garden began summer of 2007 with construction of the retaining wall and patio. The shade pavilion (which doubles as a sort of greenhouse in the winter) was added in 2009 and more lawn removed (to expand the planting beds, again) in 2013. 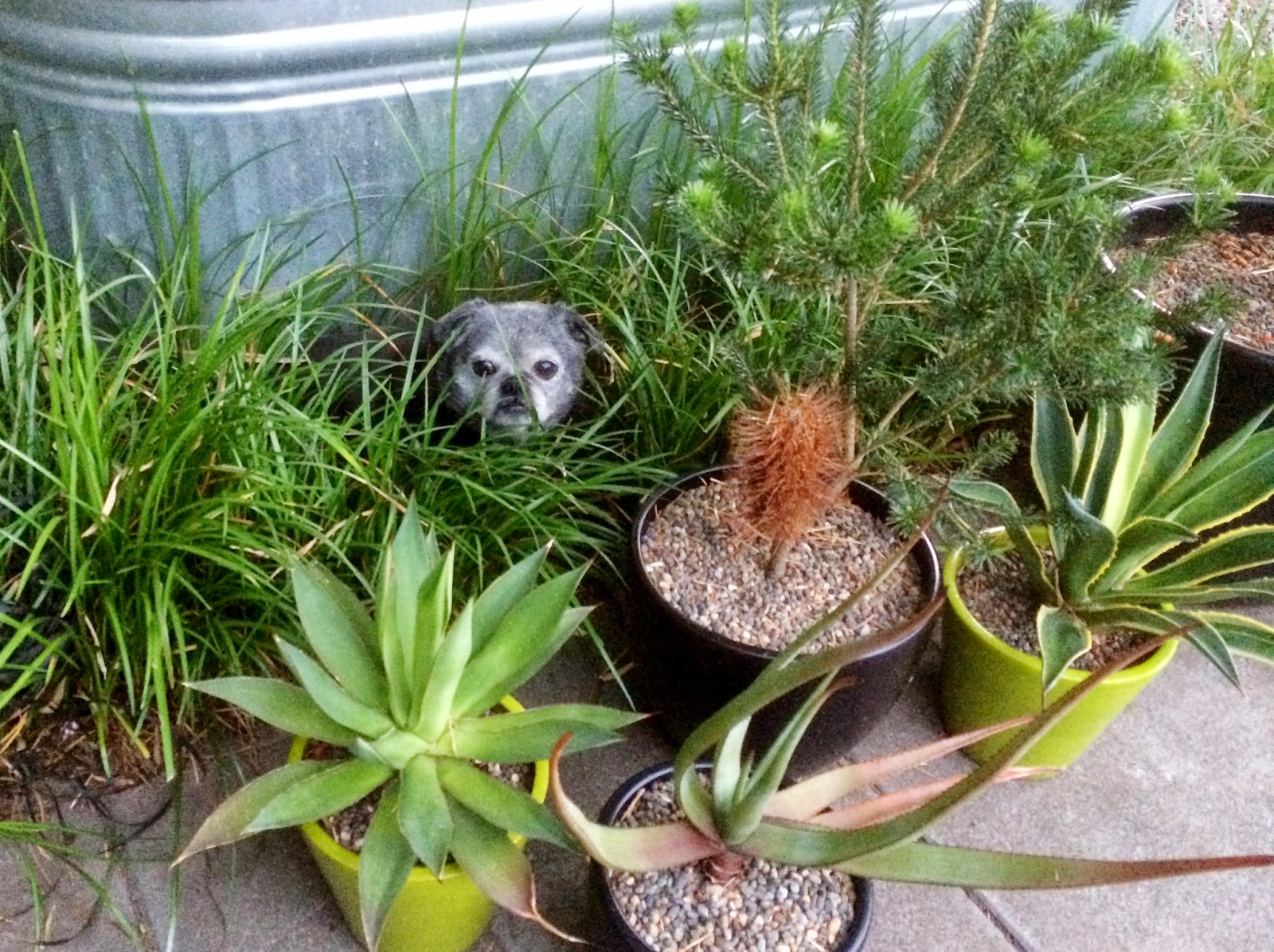 This spring, 2014, several over-grown shrubs (small trees) on the north side of the property were removed and a new fence built – changing the entire feeling of the space. The exposed “openness,” as well as the loss of several established plants (winter) has me struggling to feel connected to the garden again. As usual I’ve responded to the challenge by over-planting...

Posted by scottweberpdx at 9:30 AM