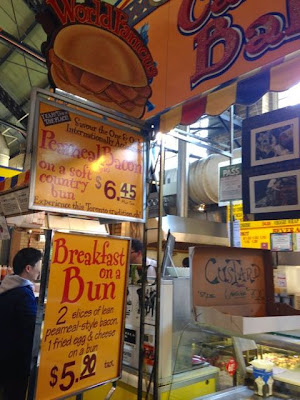 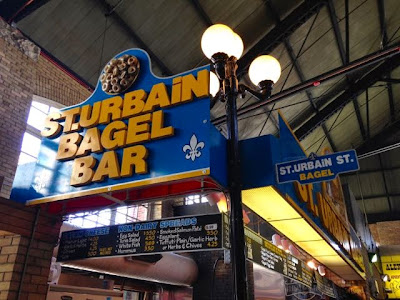 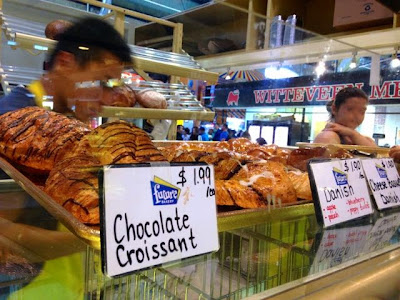 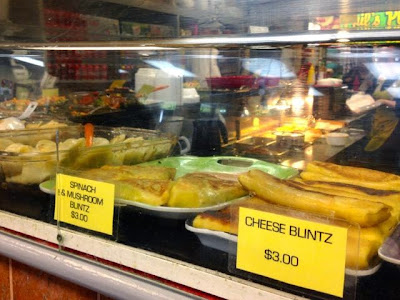 Toronto Fling: What to do besides Flinging?

It's easy to find things to do in Toronto to supplement Fling activities – or occupy yourself while significant others look at gardens. And I've made it even easier with this link-laden post. What we lack in images, we make up for in online connectivity. Explore away!

If you're staying at the Royal York Hotel, you can walk almost everywhere. Two of the closest attractions are the Hockey Hall of Fame or the new-just-last-year Ripley's Aquarium of Canada. It's best to pre-purchase aquarium tickets online. Another one-of-a-kind destination nearby is the Museum of Inuit Art near the lake on Queen's Quay (pronounced "key").

The terrifyingly brave might try EdgeWalk at the iconic CN Tower (note, it's CN or Canadian National, not CNN), also walkable from the Hotel. EdgeWalk makes my hands sweat just thinking about it. Toronto Tourism calls it one of the city's must-see attractions. But you don't have to go outside to find the tower view impressive. On a clear day, you can see the plume from Niagara Falls. The revolving restaurant isn't cheap, but the food isn't bad. If you go to dine, do it near sunset.

You could also walk to our Frank Gehry-designed Art Gallery of Ontario on Dundas Street. The Emily Carr exhibit is among the shows running when you're here. Around the corner on McCaul is one of Toronto's controversial love-or-hate bits of architecture, The Sharp Centre for Design, main building for the art school OCAD University. I'm a lover. Let's see how you feel.

On your way, you might catch Artist Textiles: Picasso to Warhol at the Textile Museum of Canada – on Dundas Street, just north of our photogenic Toronto City Hall.

A little further north, along "Fashionable Bloor Street," and nudging elbows with the likes of Gucci and Chanel, is The Royal Ontario Museum (ROM). You'll be in time to catch a number of exhibitions – and, if you're here after June 13th, there's the Pompeii show. You can decide whether you're a "lover" or "hater" of the crystal addition to the architecture. Guess which camp I'm in.

Across University Avenue from the ROM is The Gardiner Museum of Ceramic Art. A few blocks west on Bloor, find the small but fascinating Bata Shoe Museum. Their first 20th Anniversary show is on men in heels. Other shows are ongoing, and their permanent collection is unique.

Other museums downtown include photography at the Ryerson Image Centre, the new visitor centre at Fort York National Historic Site, and Toronto's "castle" Casa Loma with Spadina House just next door. To reach the last two, get off at my favourite subway stop, Dupont.

If you don't mind going a bit further afield to see things "blowed up good" the Mythbusters show is on at the Ontario Science Centre. Get there via transit (aka the TTC, Toronto Transit Commission). In that general nabe is the Aga Khan Museum which we'll also visit on our Fling.

Titanic, the Musical – the Tony-award-winning musical – will be playing at the Princess of Wales Theatre on King Street, not far from our hotel. It stars Canadian tenor superstar, Ben Heppner.

A short jaunt south from the hotel, the Air Canada Centre hosts Ed Sheeran on June 6th. The rest of the June calendar includes Rush (June 17 & 19) and Bette Midler (June 20).

Roy Thomson Hall, the concert hall of the Toronto Symphony, has a variety of performances that might appeal to you. If you'll be here as early as June 3rd, extreme climber Will Gadd, National Geographic Explorer of the Year, talks about his climb of a frozen Niagara Falls.

During your visit, The National Ballet of Canada will be performing Sleeping Beauty, one of their gems, at the Four Seasons Centre for the Performing Arts. If you're here by lunchtime, Wednesday, June 3rd, you might be able to enjoy a free lunchtime music concert at the Four Seasons Centre, also the home of the Canadian Opera Company (though opera season is over for the summer).

Toronto is situated on the vast freshwater sea known as Lake Ontario, and the waterfront makes an interesting stroll from one end of the city to the other. You can rent a bike and explore along the Martin Goodman Trail which runs close to the waterfront through city and countrified paved trails.

One stop might be the cool park known as Sugar Beach, right up against the docklands.

About a 10-minute walk from the hotel is Harbourfront Centre with maker spaces (such as glass blowing), the Power Plant art gallery, and just general cool walking around.

You can take a harbour tour or even rent a boat and sail yourself.

Really, there are way too many to cover here. But here are a few close to the centre of town.

A must-see is the Distillery Historic District – a converted Gooderham and Worts distillery often used as a movie set. Wednesday nights are music nights from 6 pm. Two micro-breweries (one for beer, one for saki) and an excellent performing arts theatre are among the many attractions.

King Street West – and we'll walk along this on our way to opening night at Lee Valley – is heart of the entertainment district, with a restaurant row of places to eat. Roy Thomson Hall (see above) is here, as is the Princess of Wales Theatre. The Bell Light Box is home base for the Toronto Film Festival (come back in September for that!).

Queen Street East and West. Ride the streetcar from one side of the city to the other (get a TTC transit day pass; or if you'll regularly use transit for more than 4 days, the weekly pass might be the best deal for hop-on-hop-off travel). The east end is the city's Beach neighbourhood – my neck of the woods. Once waaaaaaaay out in the country, now absorbed into the fabric of the city. The west side takes you into more Bohemian Toronto. East of Spadina has been taken over by big-brand names, but still has a bit of its old roots. The street gets edgier as you head west.

Wanna see a Blue Jays game (that's baseball, for the uninitiated), they'll be at the Rogers Centre, formerly known as the SkyDome, during Fling.

Shop Till You Drop:


Being a writer, I have to put in a plug first for the new gift shop at the Toronto Reference Library at Yonge and Bloor. It isn't the only reason to visit the Library – another is the Library's Arthur Conan Doyle Collection.

The Toronto Eaton Centre. Eaton's is no more (Simpson's and Eaton's, both gone now, were Canada's Macy's and Gimble's), but the huge shopping galleria that still bears its name is a few blocks north of the hotel. Speaking of Saks (or I will be in a few sentences), the Hudson's Bay Company, just south of the galleria, will be Toronto's new Saks location, but check it out now for a Hudson's Bay blanket or souvenirs.

Bloor-Yorkville, with the haute-est names in fashion, galleries, restaurants, and stuff. Holt-Renfrew is our version of Saks or Bloomingdale's. Yorkville is a cool neighbourhood to stroll around.

And that's just a taste. Stay tuned, gardeners, for another post on gardens we just weren't able to squeeze into the Fling. I'll also fill you in on how to fill up on good things to eat!