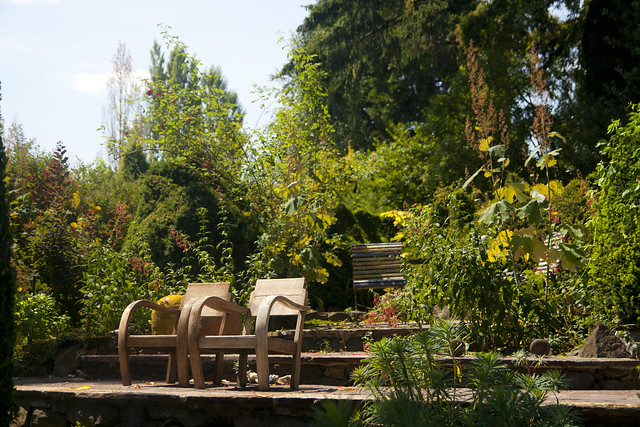 Bella Madrona began forming in 1980, at an 1892 farmstead. It was named for the madrones growing naturally here, in gravelly soil formed by the ice age floods. Over the years, garden rooms were added, surrounded by hedges. We began having large parties and benefits, which required that crowds could move easily from room to room, and that large open spaces be included. 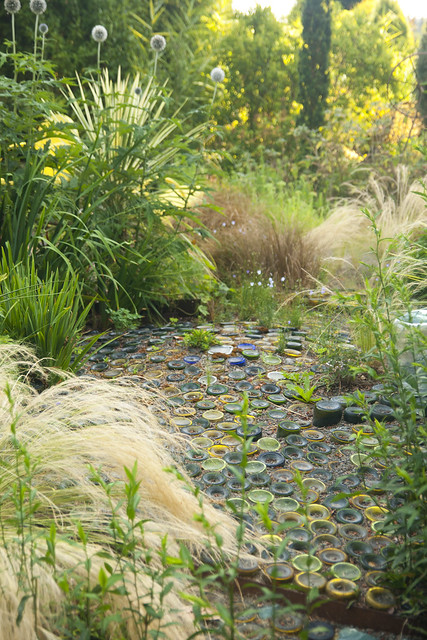 The plant material, though special from the beginning, was chosen to complement the overall space. Now that the garden is 34, and the gardener is 64, the prime focus is keeping towering hedges sheared, pruning trees and shrubs to allow some semblance of light in, and repairing crumbling infrastructure. The garden has directed its own maturation, with some editing help from the aging gardener. 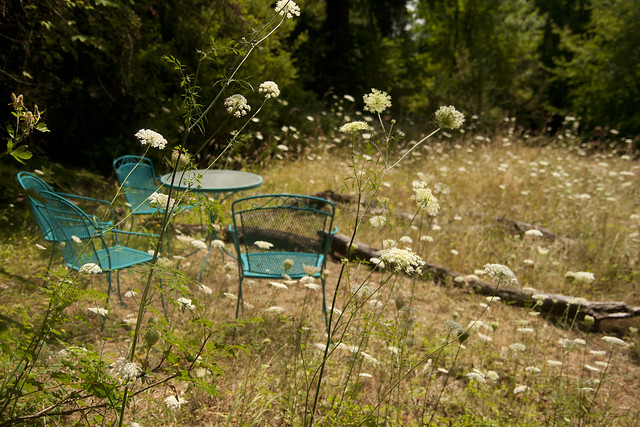 As a result it has taken on a personality and possesses a sense of place that is to many visitors alluring, eccentric and magical. The lower area, essentially a bog, with its metasequoia grove and large bald cypresses, is a world apart, belying its proximity to the urban growth boundary. It is, along with the garden as a whole, home to a great variety of wildlife, and, indeed, the place is as much for them as it is for the humans who live here and who visit.

Posted by scottweberpdx at 9:08 AM