** This is the first in a series of articles about the companies sponsoring the Fling.

In an age where large corporations routinely devour small companies with the enthusiasm of a starving teen in a pizza shop, Kitazawa Seed Company is about to celebrate its 100th anniversary. Started as a family business in 1917 to meet the needs of Japanese immigrants eager to grow traditional crops, Kitazawa soon became the main source of seed for the growing Japanese-American community. Forced to close the business from 1942 to 1945 when the Kitazawa family was sent to the Heart Mountain, Wyoming internment camp, they restarted the company after World War 2 ended. They began shipping seed across the country to other farmers and home gardeners who had lost their land and were no longer living on the west coast. 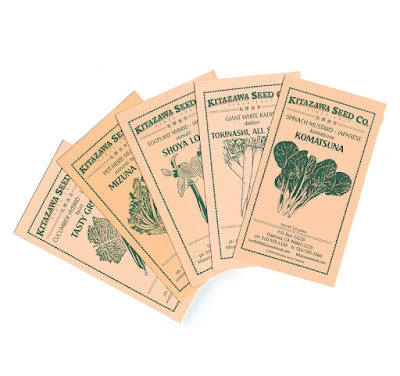 As lack of agricultural diversity reduces the varieties of vegetables available to the home gardener, companies like Kitazawa become a beacon of preservation.  Kitazawa Seed Company sells over 500 varieties of seed, including traditional Japanese vegetables. Custom seed mixes are available for gardeners looking to grow microgreens or specific vegetables to use in juicing, as well as many others. Their seeds are grown in Japan and many other countries across the globe as well in the US. To reflect the changing cultural landscape and palates of  their customers, vegetable seeds for varieties grown around the world have made their way into the stock sold by Kitazawa such as Spanish padron peppers and Middle Eastern molokhia. Recipes that feature the vegetables they sell can be found on their website.

Owner Maya Shiroyama, who grew up tending vegetables grown from Kitazawa seed, still tests new varieties in her home garden and guarantees biological purity for every seed they sell. They do not buy or sell any genetically engineered seeds. To request a catalog and purchase seed, visit their website at Kitazawa Seed Company. 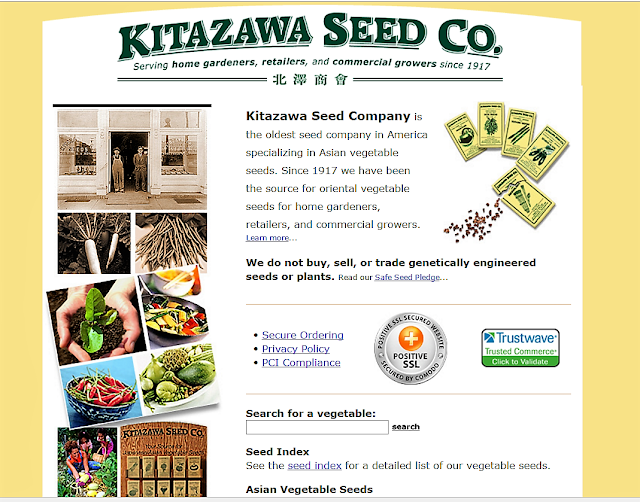